Intel’s current processors, nicknamed Skylake is getting a slight performance increase and refresh with the newly announced Kaby Lake CPU’s, which will bear the “7th Generation Core” branding. As mentioned above, the new processor is a refresh of the 14nm Skylake processors with better efficiency and power improvements, and it makes way for the 10nm Cannonlake processor which is expected to be released sometime in 2017. 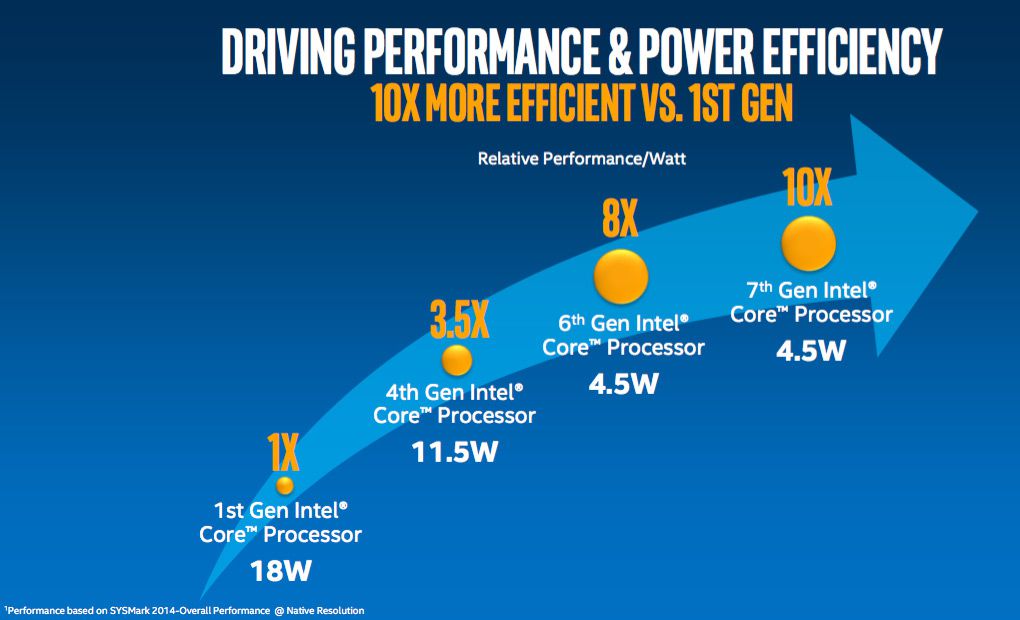 The Kaby Lake processor is the second to use their “Tick-Tock” strategy and Intel isn’t focusing on performance and power updates, they’re rather focusing on how people will use the processor. Some use cases include viewing multiple 4K video streams, 360-Degree videos, and VR and AR applications. There is also better support for Windows Hello, which is Microsoft’s facial recognition login system, which is starting to be found on more and more PC models.

As far as performance and efficiency are concerned, the Kaby Lake processors are up to 10 times more efficient on the performance per watt scale when comparing it to the first generation processors, whereas the 6th-Generation Skylake was only 8 times better. Web performance is improved by a whopping 19% in Intel’s benchmarks, and productivity is also improved at being 12% faster.