Nintendo Switch announced: Everything you need to know

Nintendo held a press event in Tokyo last night to officially announce the Switch, their latest portable gaming device. Here’s everything you need to know about it.

For starters, it has a 6.2-inch 720p multitouch display, which is clocked at a 1280 x 720p resolution when used in handheld mode. Because the Switch can be used in a dock, it can output full HD at 1080p via HDMI to any TV. Nintendo is saying that a custom Nvidia Tegra processor is powering the device, but they didn’t go into any specifics about it. There is 32GB of onboard storage, which can be a bit on the lower end considering full-fledged consoles like the XBox One and PS4 offer 500GB to 1TB. However, there is MicroSD card support, so you can always expand if you run out of storage. Also to eliminate the need of more space, games are loaded on individual GameCards, and not downloadable on the device itself. 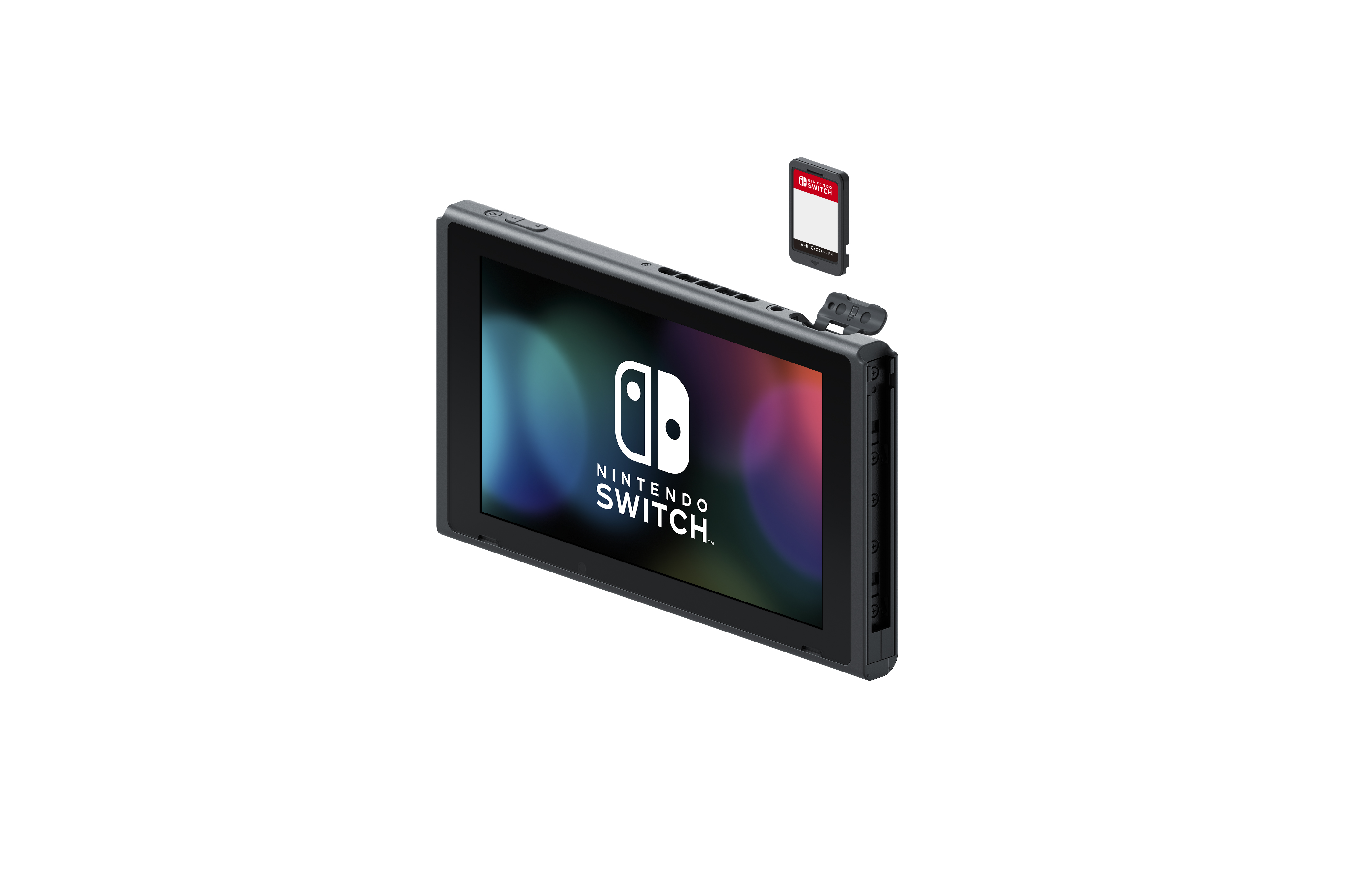 As far as battery life is concerned, Nintendo is claiming around 2.5 and 6 hours of usage, depending on the game and what it demands from the device. While it’s hard to give a game-by-game basis on battery life, the company is also saying that you can roughly get three hours of usage while playing the new ‘The Legend of Zelda: Breath of the Wild’ game. Nintendo made it easier for people to charge the Switch when it’s low on battery, as it uses the new USB-C standard, instead of some proprietary connector.

There is 802.11ac WiFi on board as well, and there is also functionality to connect up to eight Switch devices on a network for local multiplayer gaming. There is also an Ethernet LAN adaptor included alongside the Switch’s dock for a better internet connection.

Now that we have specifications out of the way, let’s start with some of the other news that was also announced. First, the Switch will not be region-locked. Region locking is a term where companies will announce games for only a certain region, such as a US only MarioKart game, and a Japanese only MarioKart game. This isn’t limited to just games, Blu-Ray DVD’s are also region-locked. Nintendo’s decision to not region-lock the Switch means that anyone can play any game from any region, and not be limited on what the can or cannot play because of where they live. 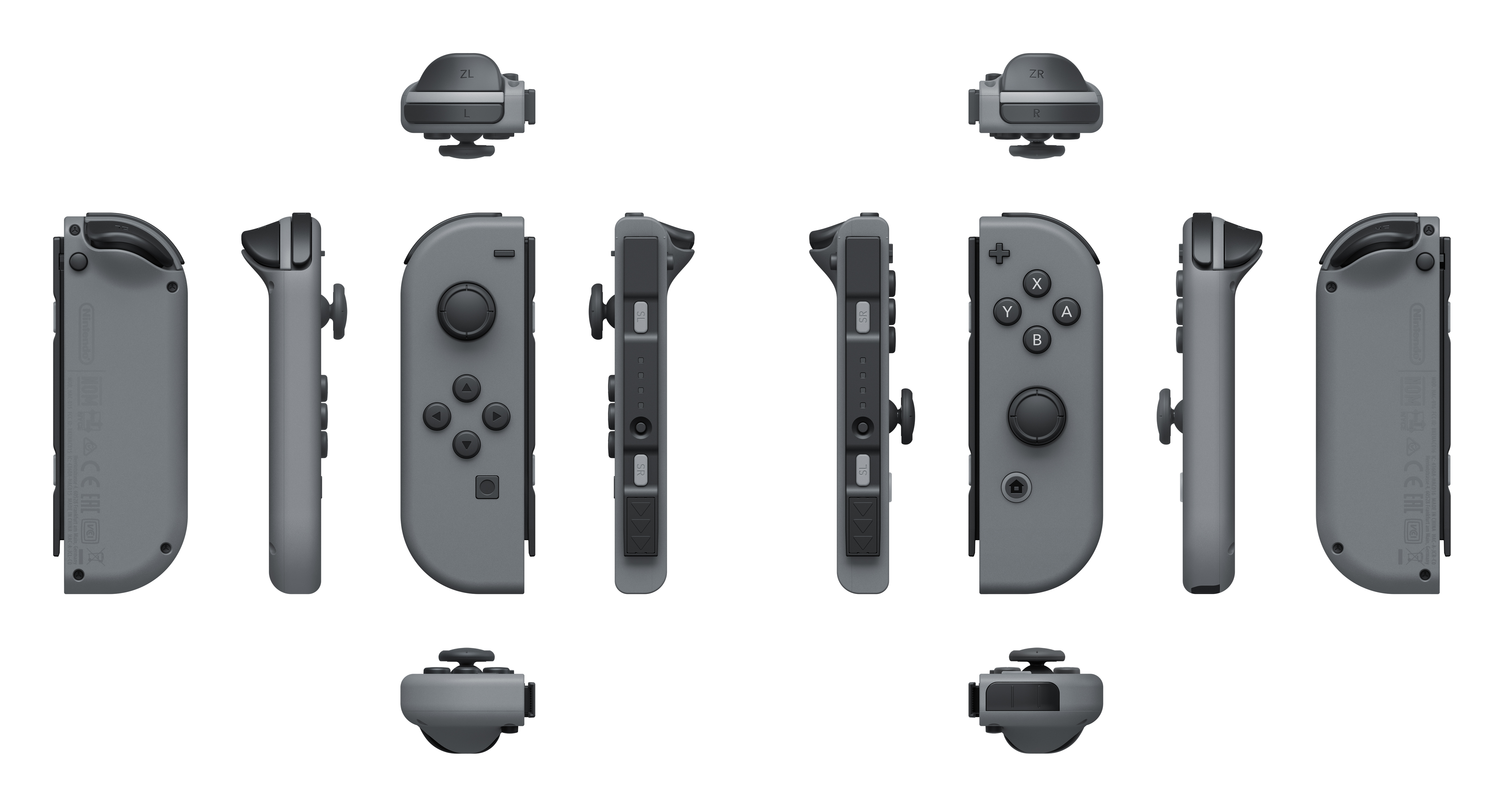 Moving onto the controls, Nintendo announced more details regarding their new Joy-Con controllers. First up, they will be available in different colors, starting with standard gray, neon blue and neon red. There is a square button just below the directional buttons and that’s for quickly taking pictures and even videos of gameplay. There is an accelerometer, and gyroscope sensors inside each Joy-Con controller, for Wii-like motion controls.

Each Joy-Con has individual shoulder buttons that are located on the inside of the controller for cooperative gaming, and there is a strap accessory that will clip onto the inside part to offer larger shoulder buttons. Nintendo is saying that there is “HD Rumble” onboard for advanced haptic feedback. According to the company, it’ll be able to simulate the feel of ice cubes falling into a glass, or the sensation of water being poured. There is even an IR camera inside the controller, and that’ll be able to determine the shapes and distance of certain objects.

Up next is the announcement of their new paid online subscription service, much like Sony’s and Microsoft offerings. However, the company was light on the specific details, other than the fact that it’ll have voice-enabled chat. They also did say that the new service would replace their current one, which lets users access multiplayer games for free. They’re also claiming that it’ll be a vast improvement over their past online services.

Nintendo President Tatsumi Kimishima said that “Users will be able to try out Nintendo Switch online services for free during a trial period after launch,” and that “Then it will become a paid service beginning in the fall of 2017. We will provide additional details on this paid service and its features on our home page at a later date.”

Nintendo also said that the online service would give users one free NES/SNES download per month. This is also found on Microsoft’s and Sony’s offerings. Software deals and discounts are also planned, although Nintendo was light on the details about the pricing of the whole service. Since PSN and XBox live have their services priced at roughly $60 a year, we could expect something around that price range.

Finally, moving onto the pricing and release date for the Switch. It’ll launch March 3rd worldwide, and at least for the United States, it’ll cost $299.99. There is a mini-game included called 1-2 Switch, and it’ll show off the unique features that come along with the aforementioned Joy-Con controllers.

The Switch is available for Pre-order now, and you better act fast before they all sell-out. You can head over to Target or Best Buy. There are two models, one with the standard gray controllers, or one with the neon blue and neon red controllers. There is also a limited preorder run at its Nintendo World location in New York City, but using pre-orders online is probably the best way to get your hands on a Switch.

However, Amazon, Walmart, and GameStop are entirely out of pre-orders for the Switch, and the gray version is still online at Target and Best Buy, but the colored version is not available at those two locations.

What do you think about Nintendo’s new Switch gaming device? Let us know in the comments below or on any of our social media pages!

Nissan is set to test its driverless Vehicle in London next month
HTC's U Play is the Mid-Range brother to the U Ultra
Did you find apk for android? You can find new Free Android Games and apps.